Paintless Dent Repair on a Volkswagon Tiguan in Sacramento

Paintless Dent Repair on a Volkswagon Tiguan in Sacramento

Paintless Dent Repair on a Volkswagon Tiguan in Sacramento, CA

This brand new 2019 Volkswagon Tiguan owner parked next to the wrong person in a store parking lot.

Someone opened their door right into the side of this vehicle. They hit so hard that they put a dent right through the body line and caused a large crown on the top of the dent.

This customer was getting maintenance done at Lasher VW downtown and they called us to come out and perform paintless dent repair on this door while the vehicle was there.

This was perfect for the customer because we took care of the dent while the car was being serviced!

Before Picture of the Tiguan Door 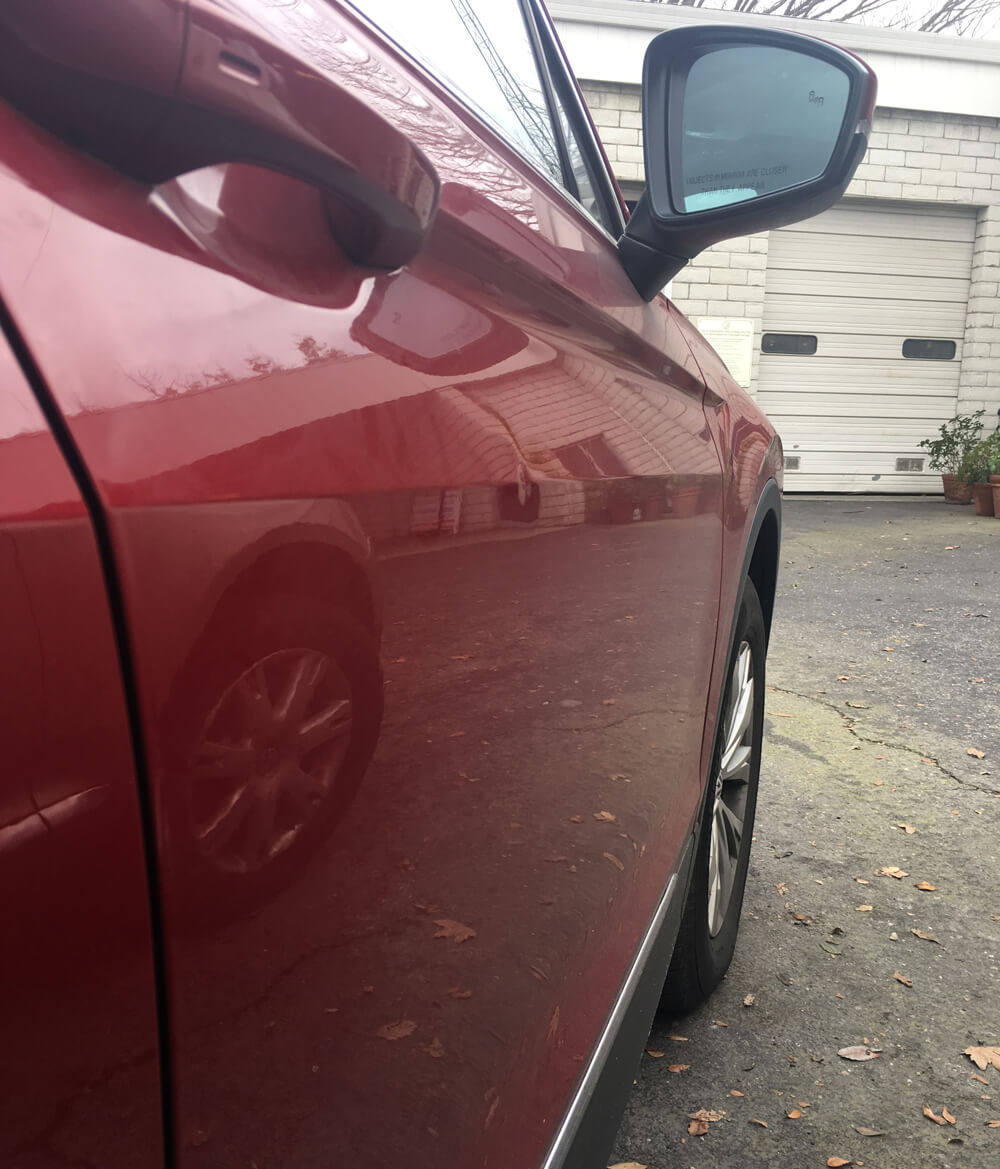 We were able to fix this dent with access through the window. We used wedges to create a gap between the window and the door skin, place a window shield down the door, and slid our tools inside.

We then use leverage to push the dent out from the inside.

This dent potentially could have been avoided by not parking so close to someone at a grocery store.

If you are trying to find other ways to make sure your new ride doesn’t get dented then check out this article I wrote a while back.

After Picture of the Tiguan Door 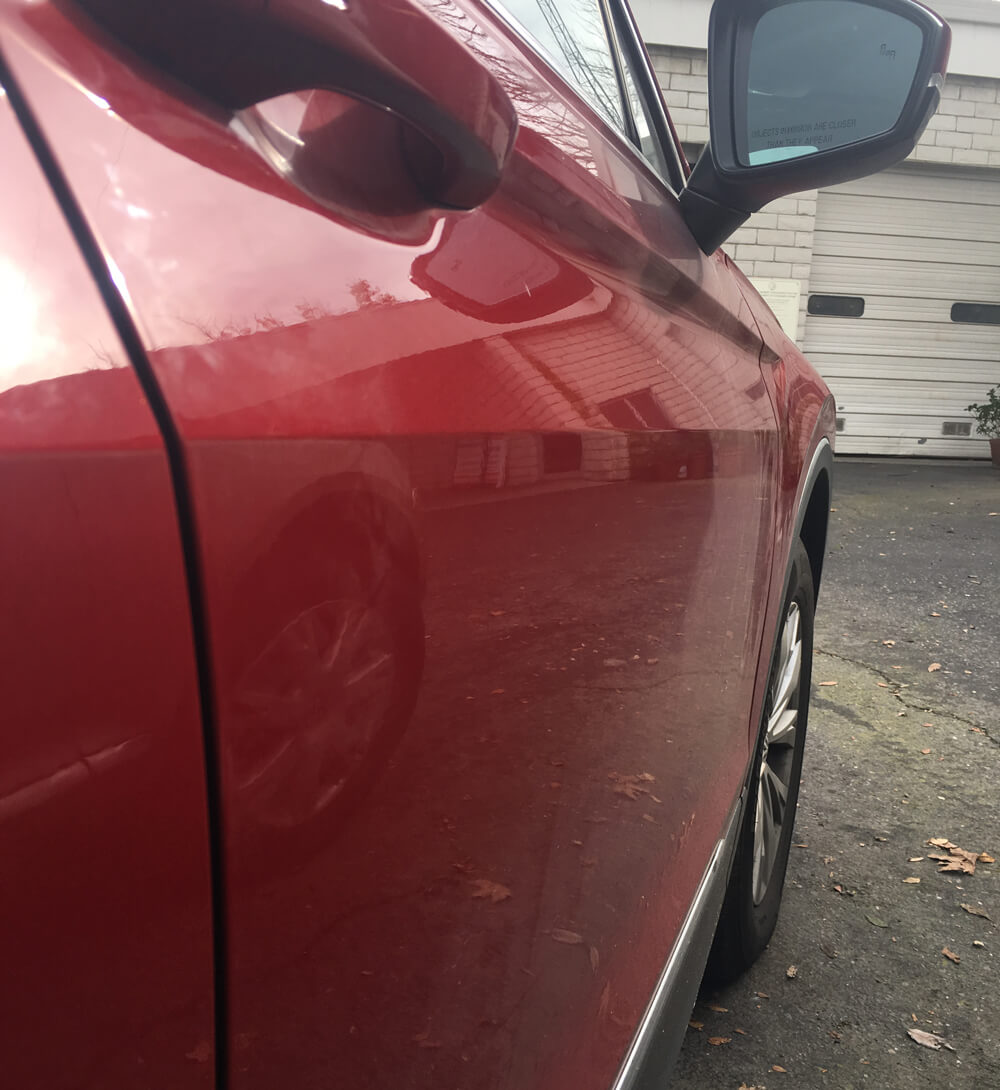 As you can see, the dent came out flawless. This may seem like a small dent or an easy job, but the difficulty level on a dent like this is very high! Having a dent through a body line with crowning on top can be a very difficult repair.

All paintless dent removal technicians at Dentpro of Sacramento have over 5 years of PDR experience so you can trust your vehicle is in good hands!

We perform a mobile service to your home (or favorite mechanic shop if needed) in Sacramento, Folsom, El Dorado Hills, Granite Bay, Roseville, Rocklin, Lincoln, Elk Grove, and everywhere in between!

If you are interested in seeing a video of the before and after then check it out on youtube.

Remember, when you see a dent – see Dentpro!