DentPro of Sacramento performed paintless dent repair on this Toyota Corolla Hood. We have seen this dent many times before. This is actually an outward dent on the hood.

What happens in a situation like this is someone sits on the hood and the exterior panel pushes inward and hits the interior hood bracing. The internal hood bracing is very strong and it pushes the exterior metal outward. When the person sitting sits up the dent comes back out, but still has the damaged area from hitting the internal brace.

Typically, we push on the panel from the backside, but because the metal is protruding outward, we tap it down from the outside. 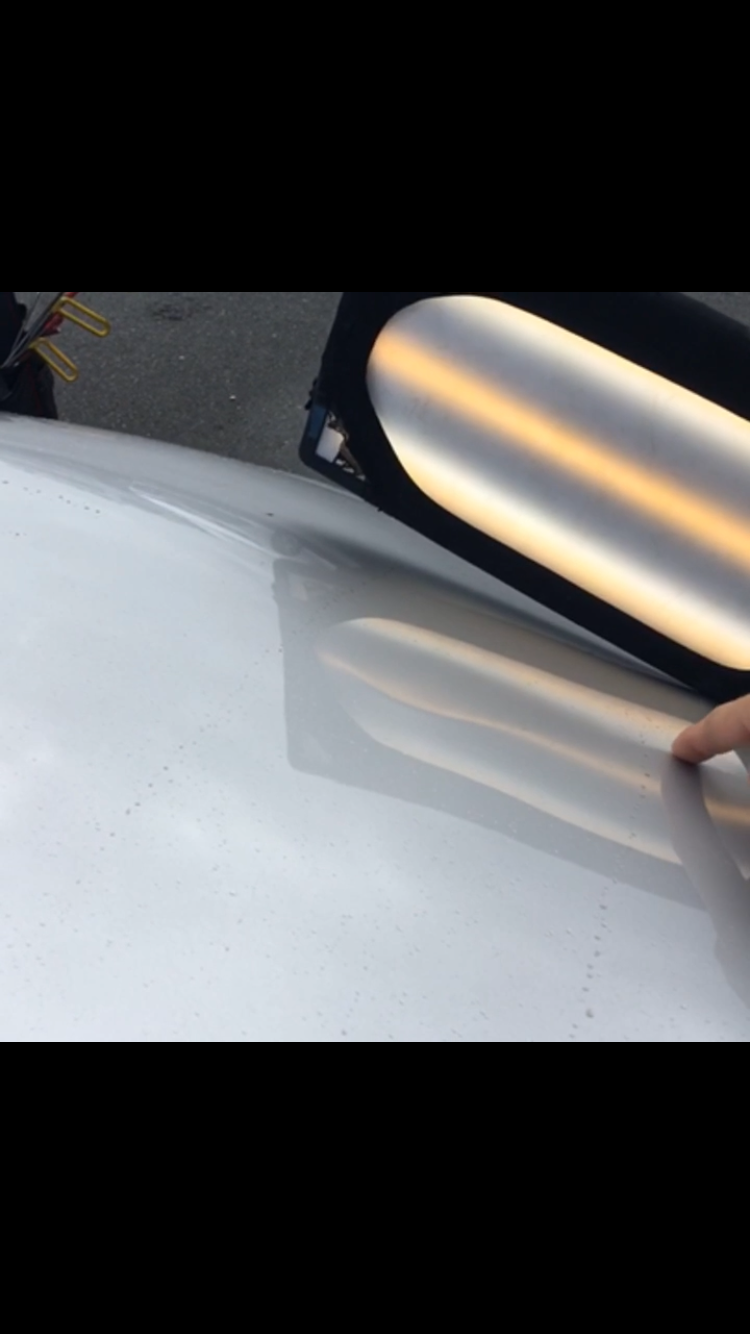 Tapping metal down is a completely separate skill from pushing metal from the backside. This is part of the reason why paintless dent repair is so difficult. It is multiple different skills combined into one.

Pushing from the backside of the panel, tapping from the outside, glue pulling, and removing and reinstalling parts. All the different skills that make up a dent technicians skillset!

Paintless dent repair required multiple skills all mixed into one. Dentpro of Sacramento technicians are trained in all of these areas and will give you the best repair possible for your vehicle!

There are many things that can be looked up on youtube and performed at a satisfactory level after a few minutes of research. Unfortunately, paintless dent removal is not one of those things. If you have a vehicle you love then please get it in the correct technicians’ hands.

We would love to be able to help you!

We are a mobile paintless dent repair service and come to your home or work to fix your vehicle! We service the greater Sacramento area including Folsom, El Dorado Hills, Granite Bay, Roseville, Rocklin, Lincoln, Orangevale, Fair Oaks, Elk Grove, Galt, Lodi, and everything in between!

If you need a free quote then please don’t hesitate to ask!