Today we had the opportunity to repair a challenging dent on the fender of a GMC Sierra!

My guess at the cause of this dent is a tree branch.

This could have happened by getting to close to a bush or tree and a thick branch made contact with the fender.

Before Picture of the GMC Sierra Fender Dent 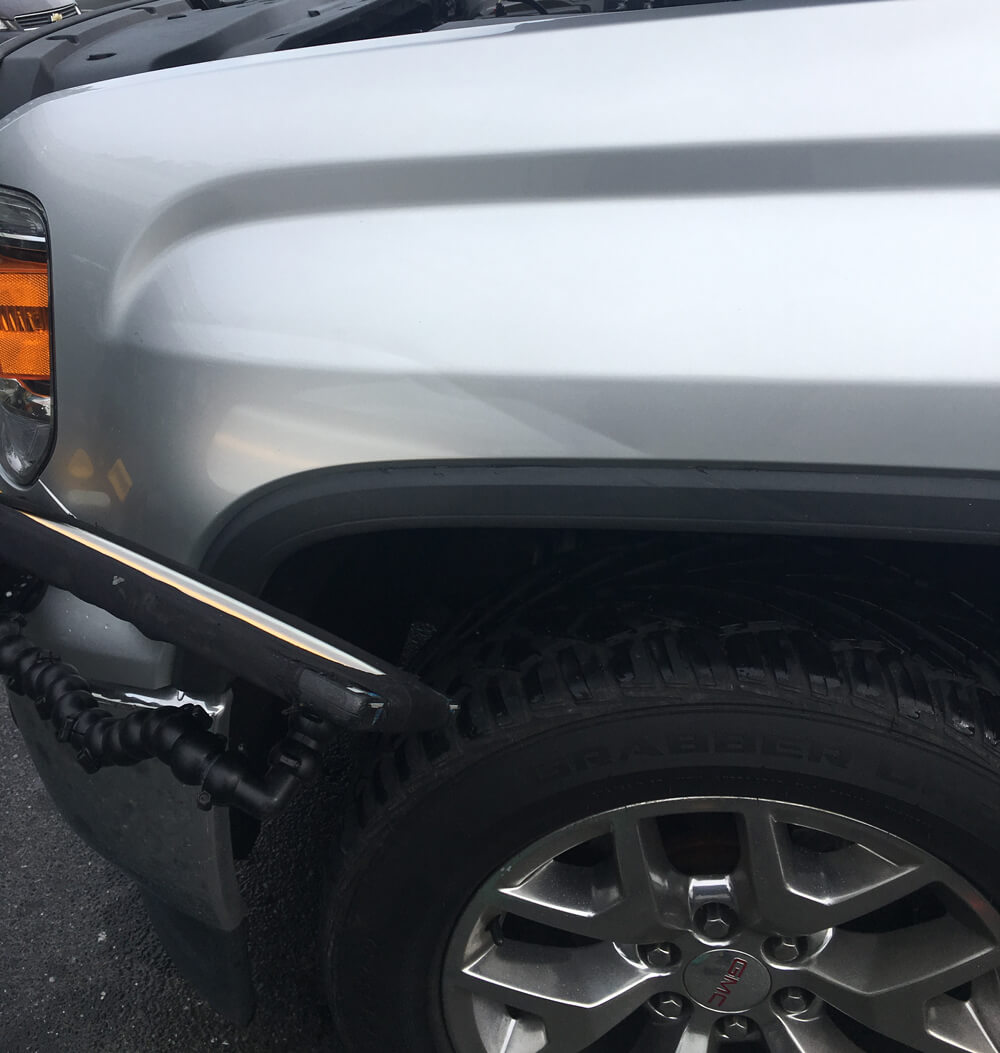 The fender of a GMC Sierra is a unique fender because not only is there a plastic liner that covers the wheel well opening, but there is also another layer of metal in the wheel well.

Most vehicles do not have a second layer of metal in the fender area and are typically wide open.

This adds another layer of difficulty to the repair, but we were able to overcome that obstacle and make this dent perfect!

The first thing we had to do was remove the black liner on the inside of the wheel well. Once we did that, we exposed a few factory holes in that liner and we were able to use those to gain access to the backside of the damage.

After Picture of the GMC Sierra Fender Dent 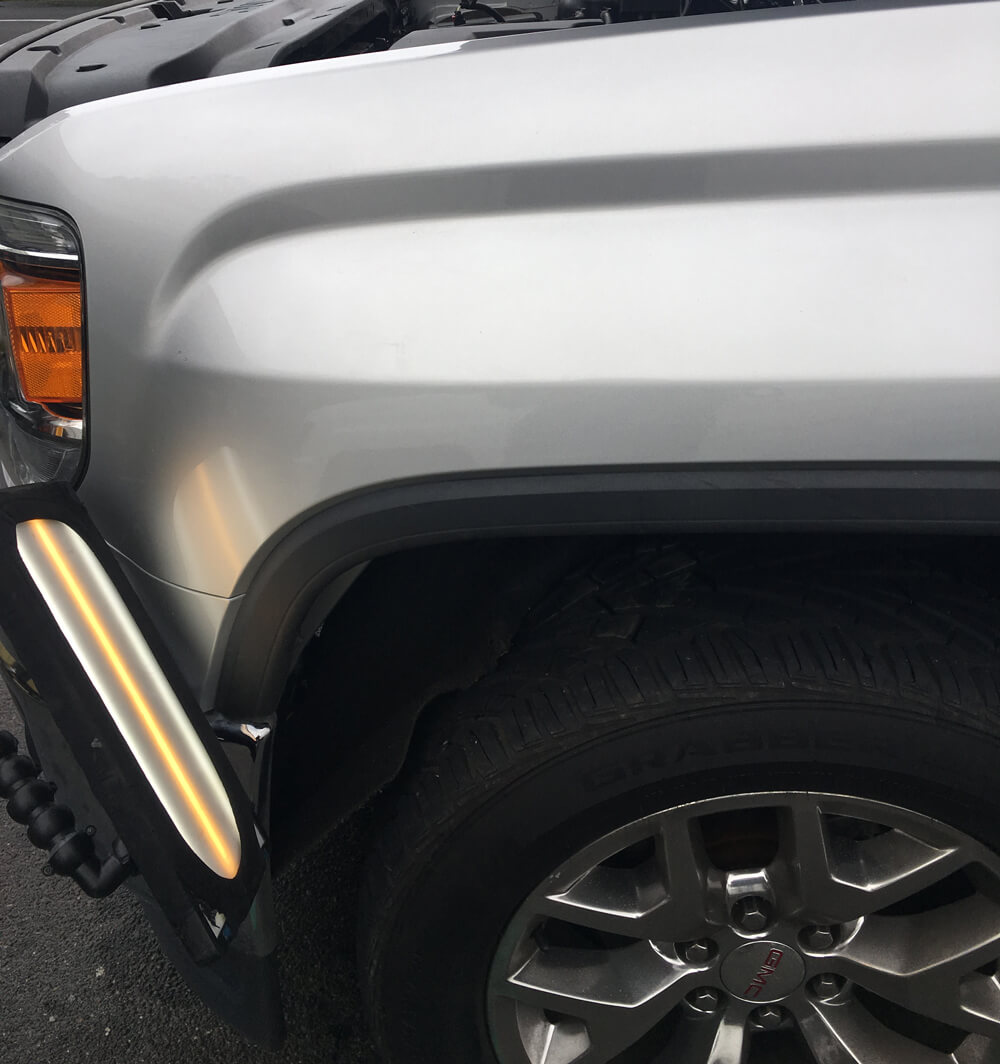 As you can see in the picture and video the dent come out great. Big creases like that take a lot of patience to get right.

This dent took almost two hours to repair, but if that’s what it takes then we will make it happen.

If you have something similar or would just like a quote then please reach out to us at dentprosacramento@gmail.com or call at 915-525-0100.

We do mobile paintless dent repair in Folsom and surrounding areas.