Here at Dentpro of Sacramento we work with a lot of local body shops such as Caliber Collision. Caliber collision in Folsom called us today because they had a small dent in a Fender of a Honda Pilot.

They performed a lot of work on the front end of this Honda Pilot, but there was a small dent on the fender as well. Instead of stripping the panel down and repairing it, Caliber collision had us come out and take care of the repair.

This is a very straight forward dent with great access. 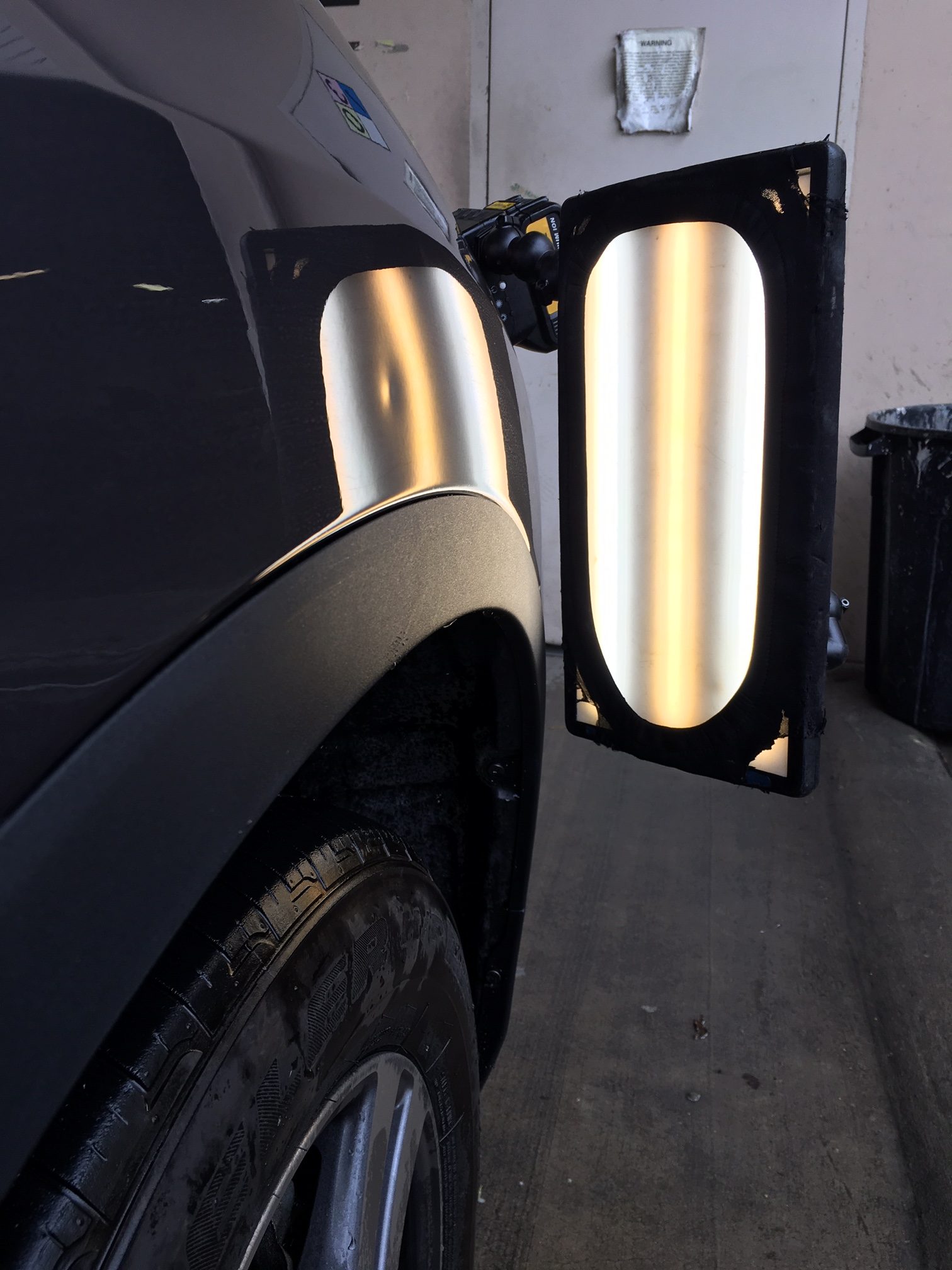 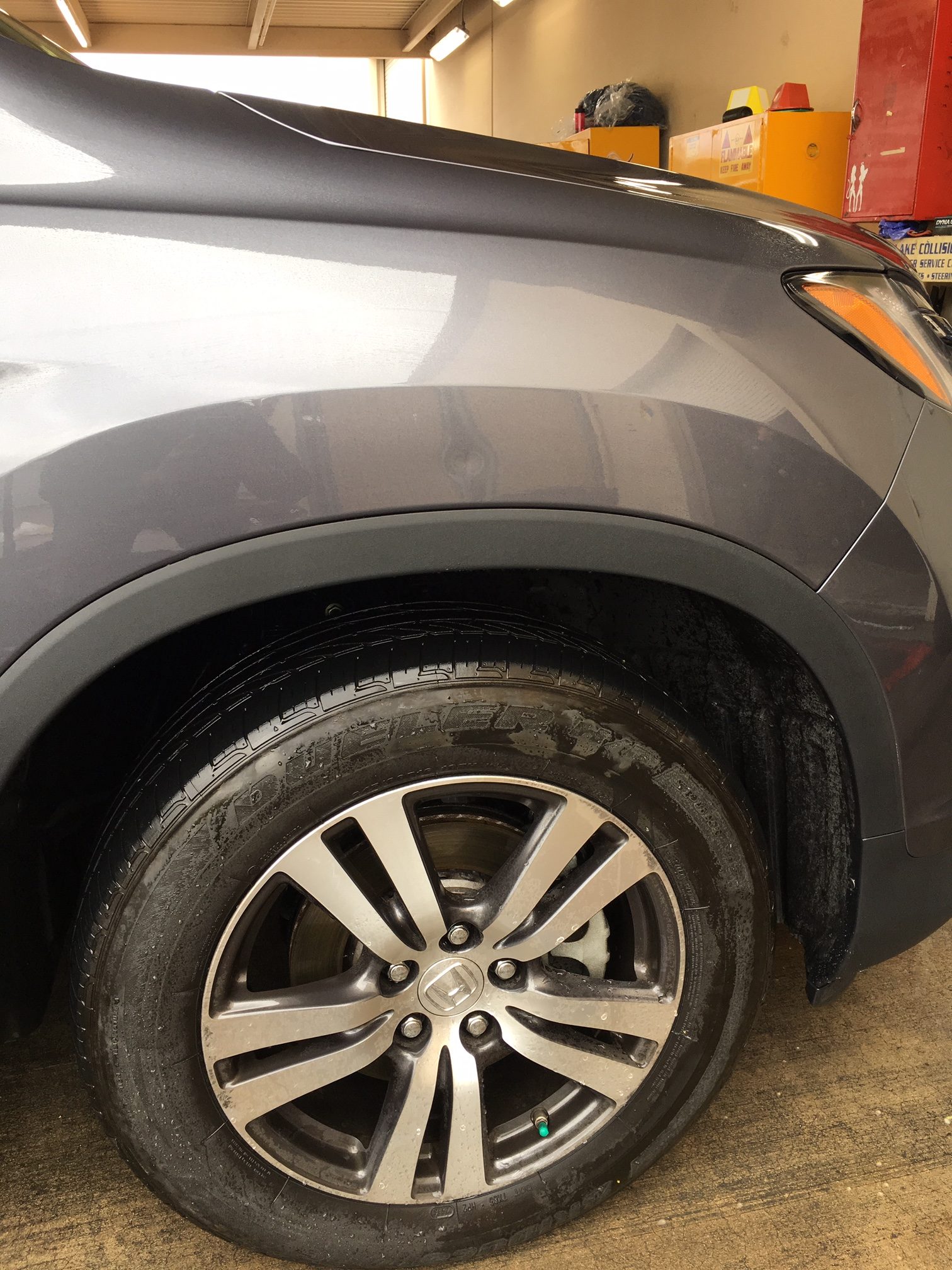 In order to perform paintless dent repair on this dent we had to remove the plastic wheel well liner. After moving the liner out of the way, we were able to get a tool behind the dent and push it out from the inside out!

With years of experience and a lot of hand eye coordination, we are able to get this dent back to perfectly flat! 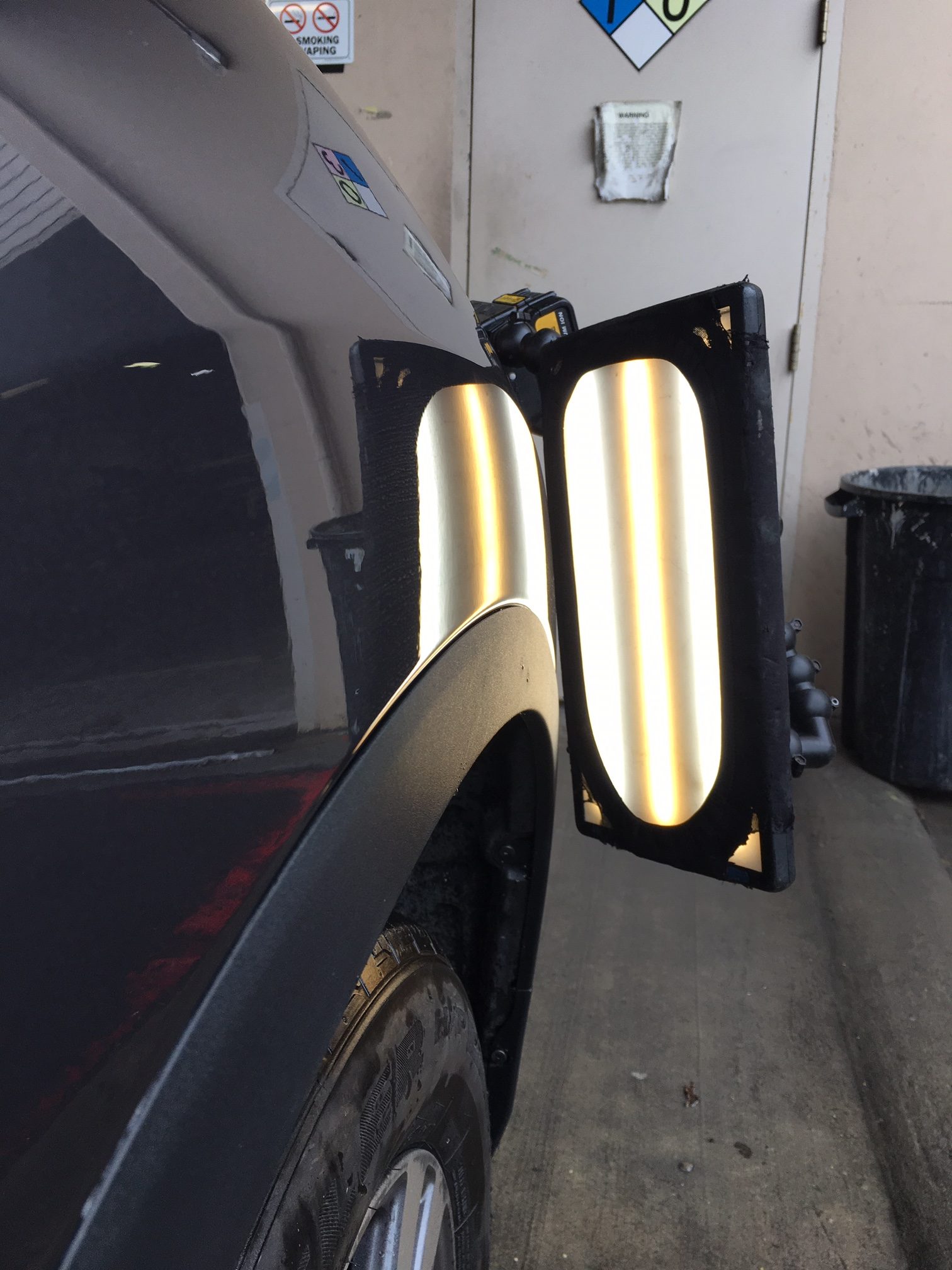 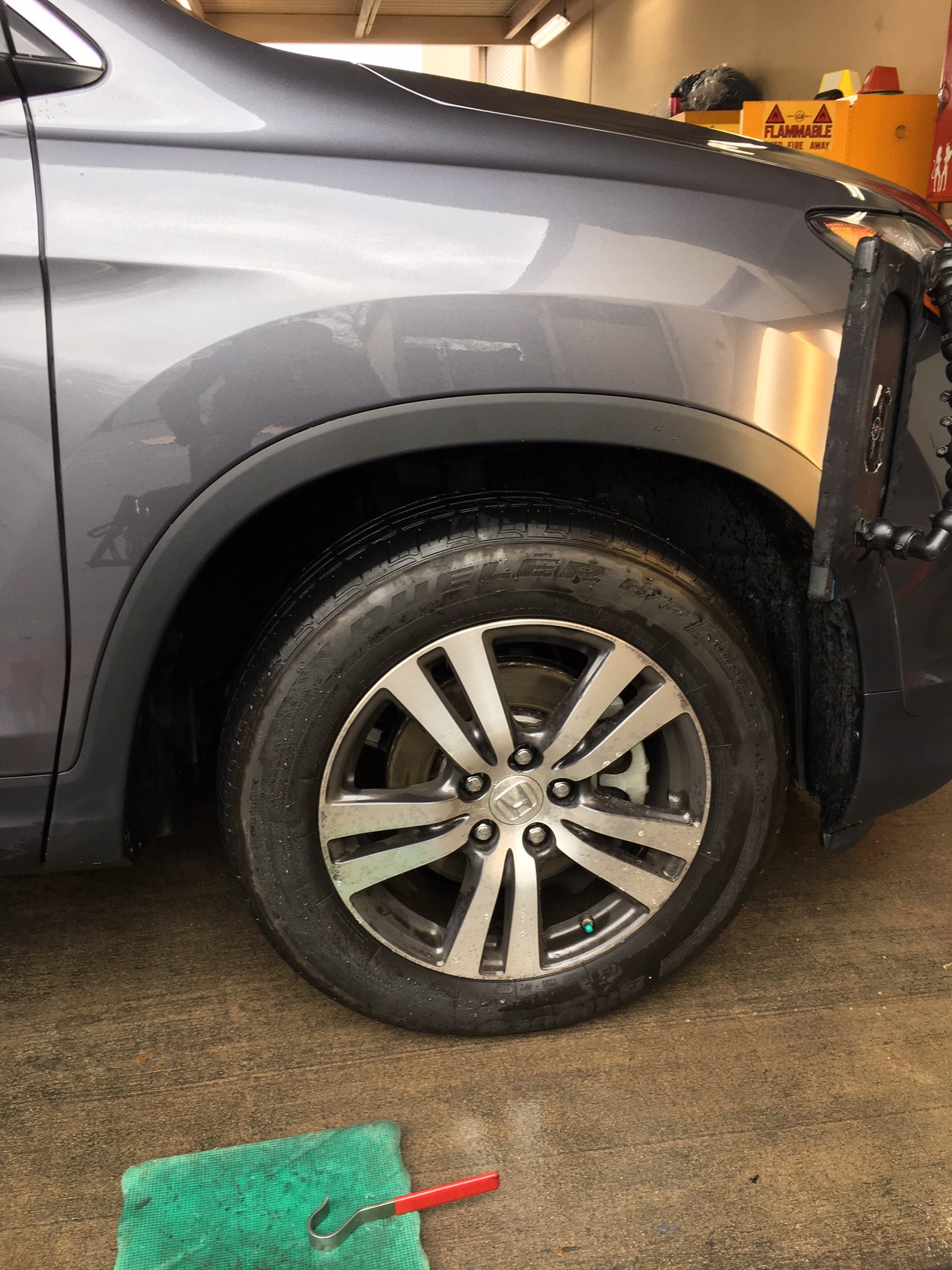 Maybe some of you are thinking why would a body shop use a dent company when they can just repair it themselves? First off, not all body shops use PDR technicians in a situation like this, but caliber collision uses us in many cases because it’s the correct decision for the vehicle.

If they have to start repairing the fender then they also have to blend paint into the passenger front door. This is an unnecessary amount of repair for a small dent like this so they do the right thing and contract out the local dent repair company to come take care of it.

The job gets done quicker, the vehicle has less repainted panels, and they can save the customer and/or insurance company money!

When you see a dent see DentPro of Sacramento