Paintless Dent Repair on a Honda Civic in Roseville

Paintless Dent Repair on a Honda Civic in Roseville

Paintless Dent Repair on a Honda Civic in Roseville, CA

This dent turned out to be quite a project. At first glance, it looks like a simple dent, but sometimes they turn out to be much more complicated. This dent was caused by the driver getting to close to something and hitting his side view mirror.

Unfortunately, the side view mirror got hit so hard that it broke off its base and ended up hitting the passenger door. The mirror needed to be replaced as well as the dent fixed.

Because of the location of the dent and where we needed to put our LED light, we had to remove the mirror to get the correct line of sight. You can see the before picture below

Before Picture of Honda Civic Door 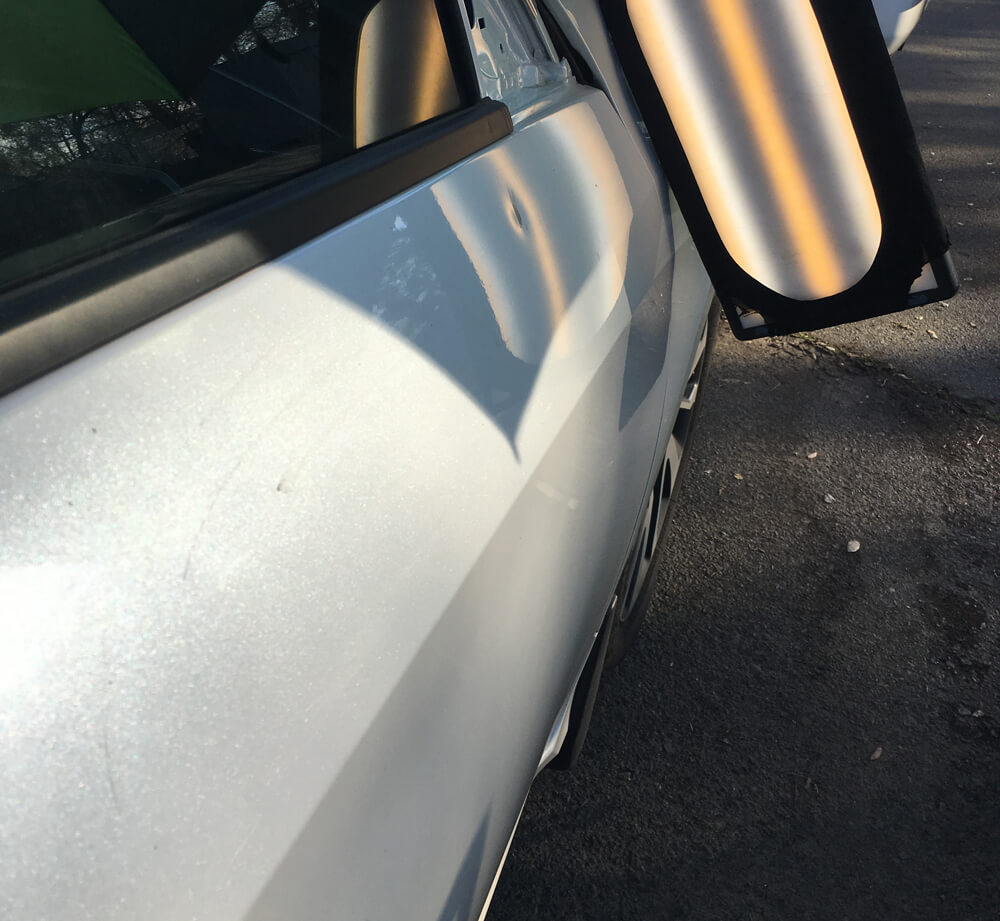 The side view mirror needed to be removed anyway so that it could be replaced with the new one. We had to remove the door panel in order to unplug the electronic component of the mirror.

Once we completed the side view mirror removal we were able to start on the dent repair.

This was a very straight forward dent and we were able to get the dent right through the window. We wedged the window open and got tools to the backside of the panel.

After Picture of Honda Civic Door 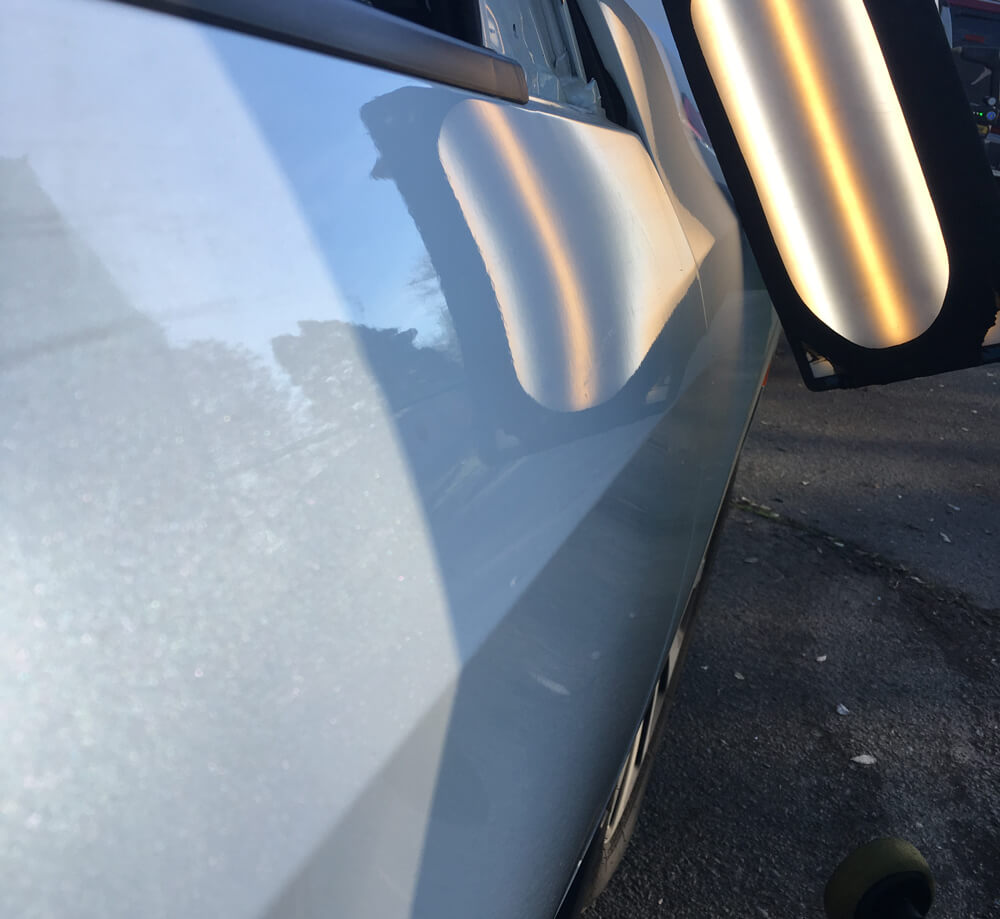 Some people may have thought we can’t do this dent because of the dark black mark on the dent, but this mark came right off and the paint was in the perfect condition below it!

If you ever have a dent then it is always best to check with a Paintless dent repair company such as Dentpro of Sacramento to see if we are able to do it.

Here are several reasons why dent repair is a much better repair than a conventional body shop repair!