DentPro of Sacramento had the pleasure of repairing this Tesla Model S today. There was a small dent in the hood which could have been caused by road debris or something dropping from a tree. Who knows? Either way, we were able to perform paintless dent repair.

This little dent was a very straightforward repair. We had to pop the “frunk” (Tesla’s name for their front trunk) open and find a way to get access to the back of the panel. This can be difficult on a Tesla hood because there aren’t many openings to the outer panel, but when there’s a will there’s a way!

In addition to poor access, the panel is aluminum! Even with these factors against us, DentPro of Sacramento is still able to perform a high-quality repair!

With access to the backside of the panel we massaged the aluminum back into its original position! While using our LED light as a controlled reflection, we are able to see precisely where our tool is behind the panel. 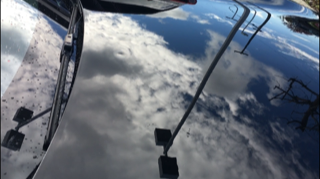 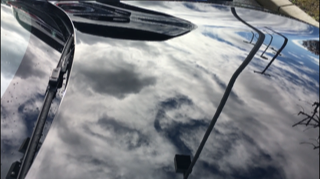 A lot of our customer ask if we are able to fix aluminum and we absolutely can!

You can see in the YouTube video that we were able to access this dent for paintless dent repair using a whale tail tool. The whale tool is flat and the end is shaped like a whales tail and it achieves all of its power from twisting!

DentPro of Sacramento is a mobile paintless dent repair service and come to your home or work to fix your vehicle! We service the greater Sacramento area including Folsom, El Dorado Hills, Granite Bay, Roseville, Rocklin, Lincoln, Orangevale, Fair Oaks, Elk Grove, Galt, Lodi, and everything in between!

If you need a free quote then please don’t hesitate to ask!