Can you fix a dent on a body line?

Here at Dentpro of Sacramento, we get this question a lot! We understand why someone would ask this question because body line dents do look more difficult or even impossible to repair.

The dent shown below is a standard dent caused by a combination of a high wind day and a car parked too close to this Prius. The result is a very deep impact through the body line on the passenger door. What an eyesore! Want to know how not to dent your vehicle or others? Read this article

Before and After Picture of Toyota Prius Dent Repair 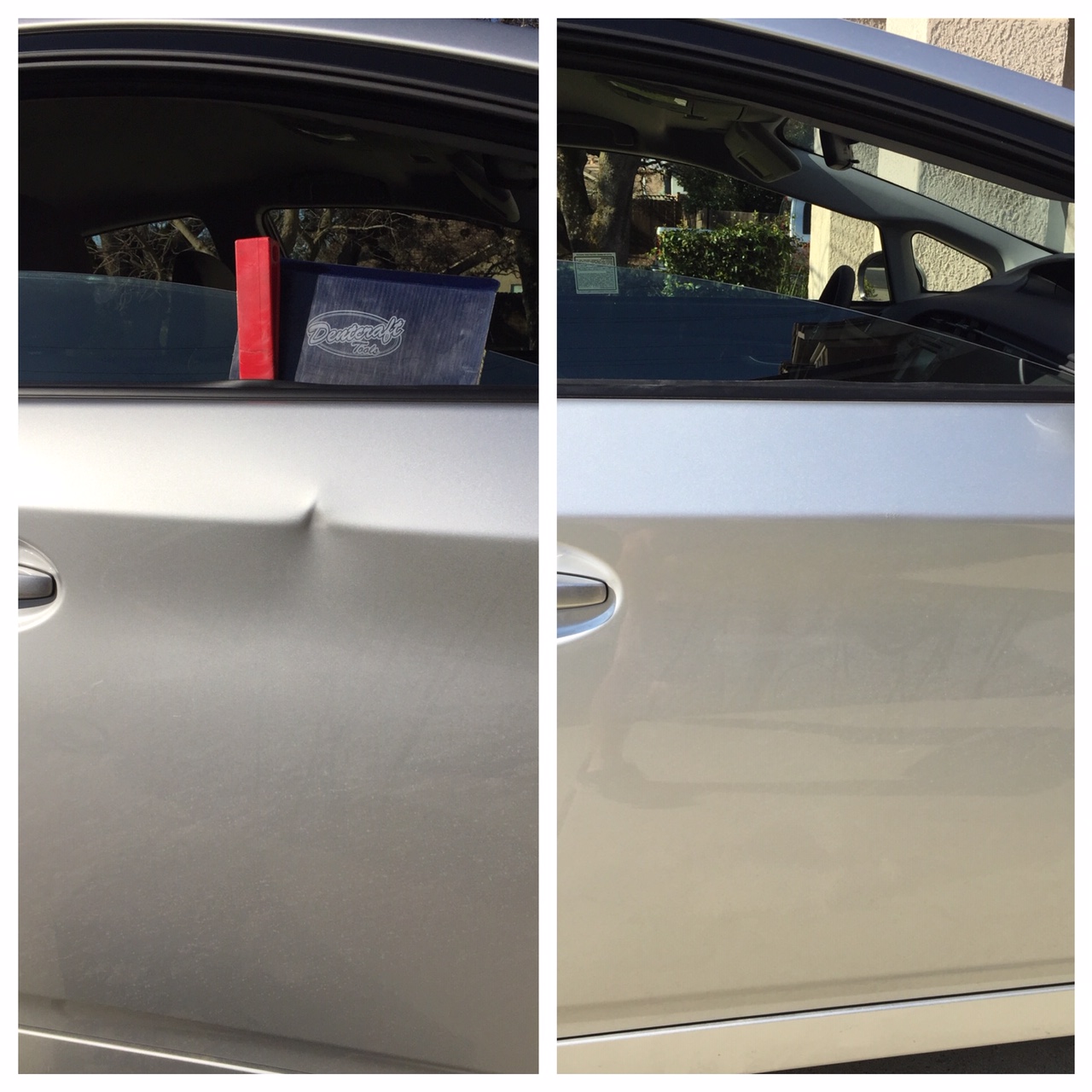 We accessed this dent by wedging open the window and getting tools behind the dent. This dent takes a lot of force to move so there are a few things that a dent repair technician needs to keep in mind.

What to watch out for

There are no suction cups or hot water in a dent repair like this. That is a Youtube overstatement. Yes, hot water can make a specific big round soft dent in metal or plastic easier to move, but the dent will never be perfect without using the professi

onal method that the technicians at DentPro of Sacramento use.

If you have a body line dent then we can repair it!

Just give us a call at DentPro of Sacramento

When you see a dent see DentPro!